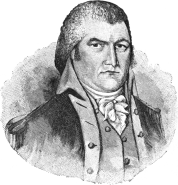 In 1796, the city was founded and named in honor of General Moses Cleaveland. Cleaveland was the chief surveyor for the Connecticut Land Company.   Legend has it, an early local newspaper by the name of “The Cleaveland Advertisor”, dropped the “a” from its name to accommodate the spacing of the headline banner.  The city later adopted this spelling.