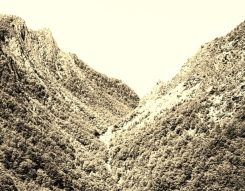 Colonel Timothy Dix was a Revolutionary War hero who purchased thousands of acres in this area. The community was named in his honor.  The “Notch” was added to the name describing the mountain pass in the area.  Since 1960, the local citizens are the first to vote in the Presidential Election.  The citizens here cast their vote right after midnight.